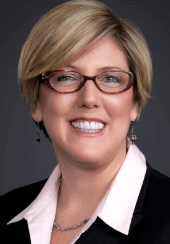 Lisa Canada was appointed to the Detroit Regional Convention Facility Authority by Wayne County Executive Warren Evans in February 2015. She serves as Chair of the DRCFA and Chair of the DRCFA Arts Committee. Canada is Political and Legislative Director for the Michigan Regional Council of Carpenters and Millwrights, one of the most active and influential political organizations in the state of Michigan. She has more than 20 years experience working with organized labor, politics and government affairs.

Canada grew up in Northern Michigan before moving to Flint. She majored in Political Science at the University of Michigan-Flint.

She was an organizer for Hotel Employees and Restaurant Employees Union (HERE) Local 24 before becoming Midwest Director of the Organizing Institute at the AFL-CIO national office. Later, Canada became Political Director for the United Food and Commercial Workers Local 951, the Metro Detroit AFL-CIO, and Operating Engineers Local 324 before joining the Michigan Regional Council of Carpenters and Millwrights in 2012.

Lisa was appointed to the Board of the Children’s Trust Fund by Gov. Jennifer Granholm and re-appointed by Gov. Rick Snyder. She is on the Executive Board of Labor’s International Hall of Fame and the Michigan Labor History Society. She sits on the Metropolitan Affairs Coalition, where labor and business work together to develop ideas helpful to the well-being of Metro Detroit. She was recently asked by Mayor Mike Duggan’s office to sit on Detroit’s Economic Development Committee.

Canada lives in Royal Oak with her husband and two children.

Claude Molinari was appointed by Gov. Gretchen Whitmer in 2022 to the five-member Detroit Regional Convention Facility Authority (DMCVB) and is Member at Large of the Huntington Place Authority. He is President and CEO of the Detroit Metro Convention and Visitors Bureau (DBA Visit Detroit) where he is responsible for developing the strategic direction and overseeing the operations of Visit Detroit and the Detroit Sports Commission. He is a 30-year veteran of the hospitality and tourism industry.  Molinari serves on the Board of Directors of the Detroit Riverfront Conservancy, the Parade Company, Engineering Society of Detroit, Southeast Michigan Council of Governments (SEMCOG), Destinations International, and the US Travel Association.

Molinari came to the Visit Detroit after a decade of leadership at Huntington Place where he served as General Manager from 2016 – 2021 and Assistant General Manager from 2010 - 2016. His responsibilities included budgeting, forecasting, financing, and implementing safety, security and crisis management programs for the convention center. He negotiated with local trade unions, developed business contingency, facility safety and emergency plans, and assured that annual budget goals were achieved.

Appointed by Mayor Mike Duggan in 2021, Alexis Wiley serves as the board’s Treasurer. She is the Principal at Moment Strategies Public Relations in Detroit.

Alexis has served as campaign manager for the 2021 Detroit Mayoral Campaign and Chief of Staff for the City of Detroit from 2014-2020. She was an Emmy Award winning local news reporter from 2009-2014 and is a graduate of Northwestern University.

Appointed to the DRCFA by Macomb County Executive Mark Hackel, Marilyn Lane serves as the board’s secretary since 2020. She is a graduate of Macomb Community College in Warren, Michigan.

Lane is a native Detroiter and was mayor of Fraser, Michigan from 2003-2007. She was Vice Chairwoman of the Macomb County Charter Commission in 2008 and was elected to the Michigan House of Representatives from District 31 in 2010, a seat she held until 2016. In 2013, Lane served on a Michigan House Democrat task force created to help better address the needs of Michigan veterans.

Lane currently lives in Fraser with her husband and child.

Based in Birmingham Michigan, Jeffrey practices in the areas of family law (including divorce, child custody and support) and criminal defense (including alcohol and drug related offenses and white collar crime).

He is active in serving the community, and is a proud member of several charitable and community boards, and has served as a director of the Birmingham Bloomfield Chamber of Commerce